Excellent Michelle. I'll let you know when I find out more details
Top

I am interested in the idea of correcting a sequence of pictures of the night sky for the motion of the Earth with the aim of seeing more stars. This is a far as I've got...

First is a single frame of the night sky on a fairly clear and moonless night. I thought I might see the stars better if I used a 250 mm telephoto lens; I used a 25 s exposure time which I had previously calculated to be about the most I could used for a 50 mm lens without blurring the stars too much, but I have now learnt this depends on the focal length of the lens, so every star is a little blurry streak! I'm still amazed at how many stars are visible in a single shot.

The next photo is what you get if you superimpose several frames - long streaks created as the Earth rotates. There are slight breaks in the streaks since my exposure time was 25 s, but the interval between the start of each exposure was 30 s.

The final image is where I've compensated for the Earth's motion by matching successive frames by shifting one relative to another so the best match was achieved. A sequence of ten images were used. Many more feint stars are now visible, so success!

None of the images is of any great beauty. What I want to do next is go back to using a 50 mm lens with a larger field of view and point it at the milky way to see what kind of picture I can get of that.

3/ There was a strong blue component in all images; I don't know the origin of this but have compensated for it.

I will be interested to see what your experiences are! 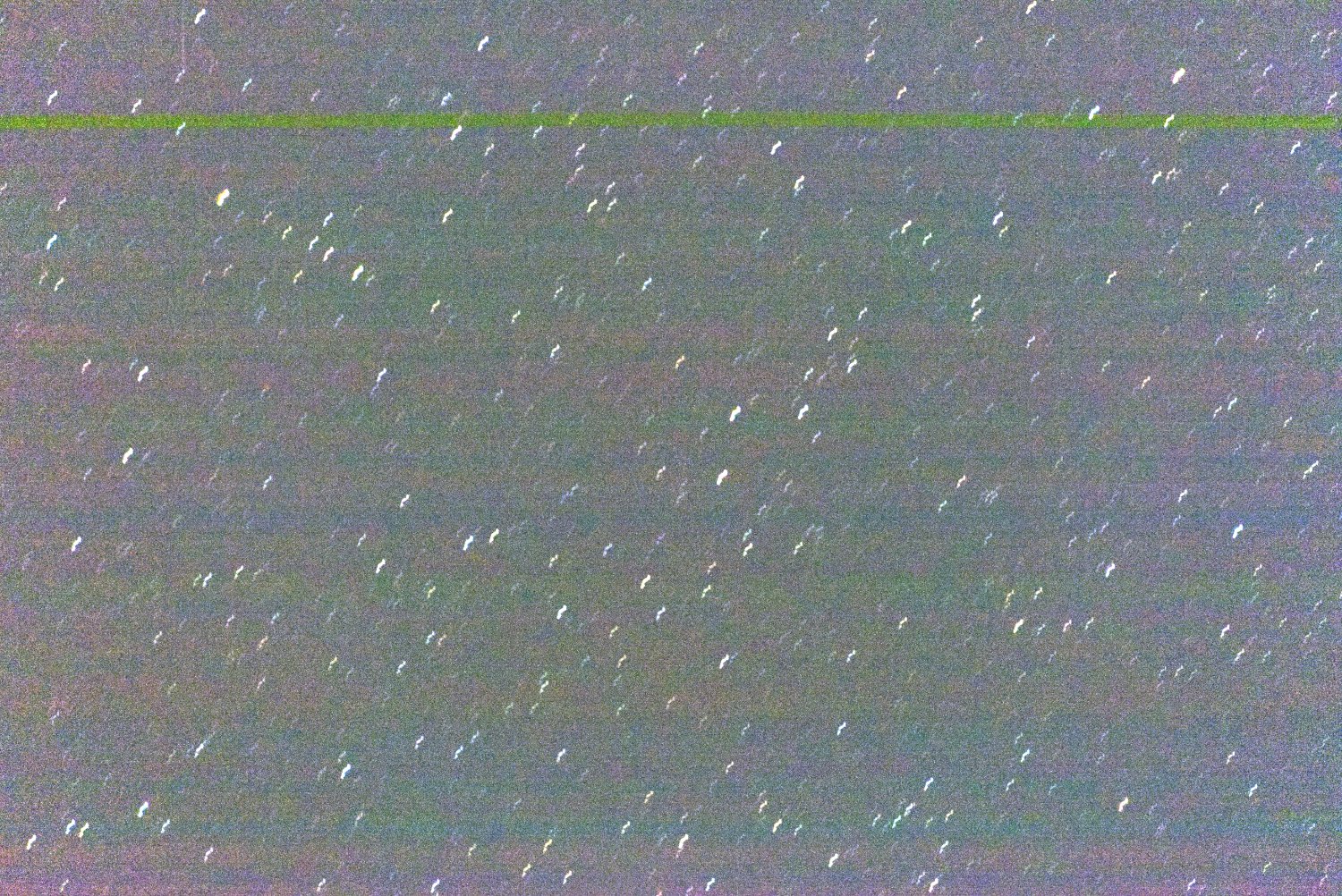 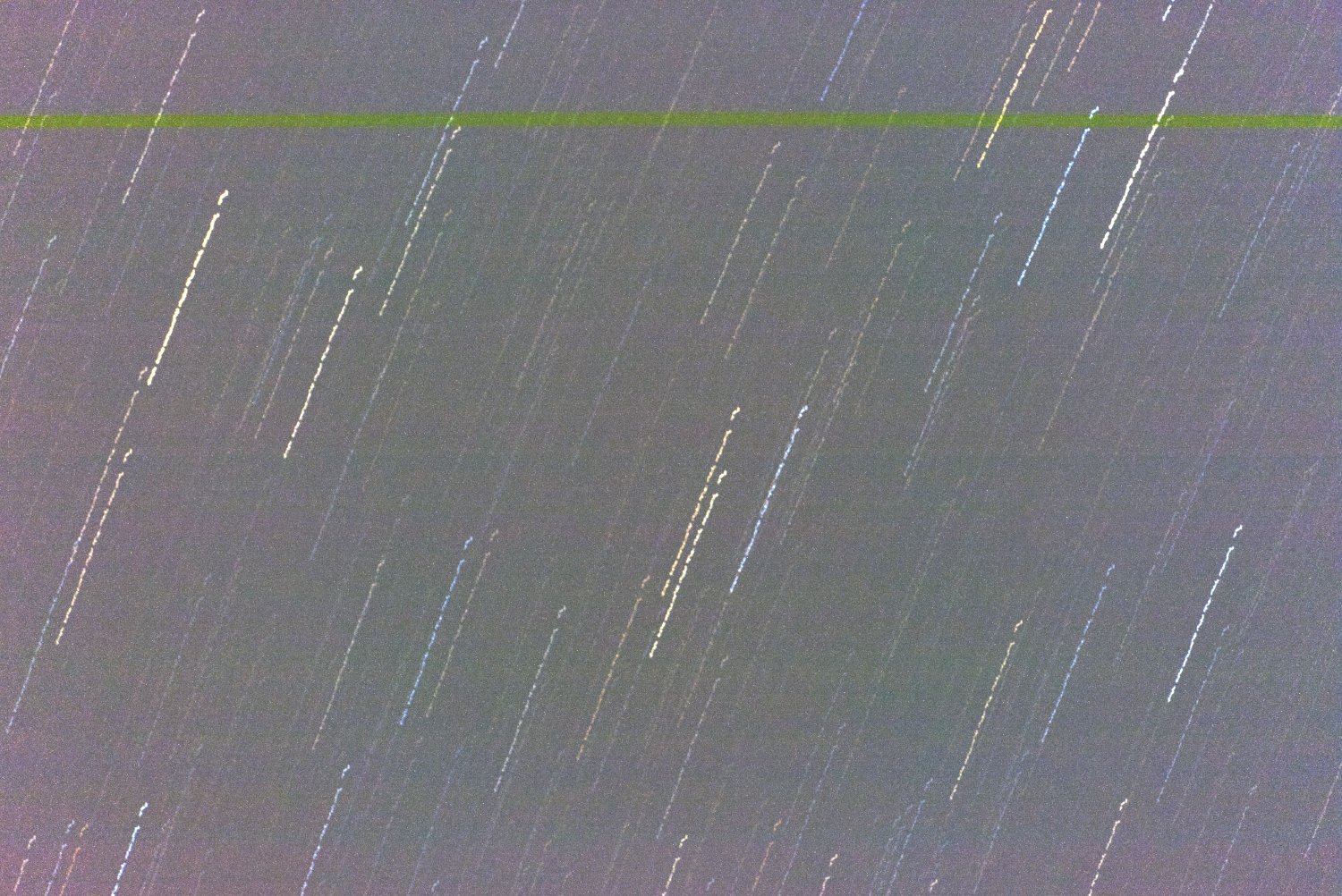 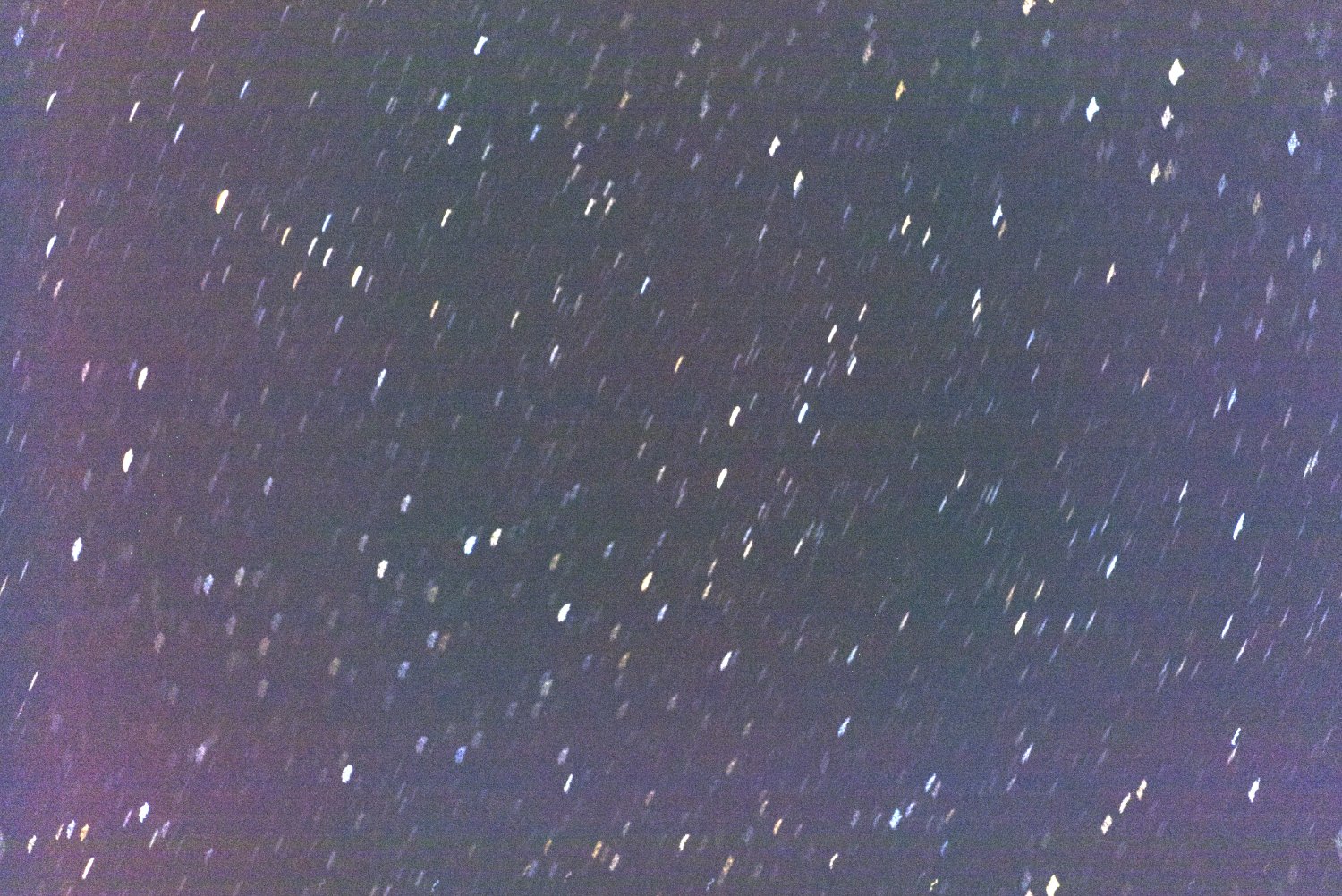 Fascinating stuff Robert. Think you might find a new planet or two? The steak looks to me like the most pronounced of a whole series of banding across the image. Found this explanation of banding - Banding typically occurs when a color is graduated across a number of shades—like light blue to dark blue in a sky. ... Banding happens when there aren't enough tones available to recreate a seamless gradation; that's why they're most common in 8-bit image files and with image files that have been heavily compressed

Your woody was indeed a handsome fellow - I realised looking at him that I had not paid enough attention previously to just how fine his plumage is. Phil
Top

I certainly haven't discovered a planet but I may have discovered a satellite! In the lower right corner there are 3 or 4 streaks which are not aligned; this may be due to something moving relative to the stars - so maybe a satellite.

On the streak, what you say about 8-bit images is very pertinent - these only give you 256 levels, so doing what I'm doing here which is playing about with weak signals in noise would be hopeless. I should have said I'm using 16-bit images throughout - either TIFF or CR2. This gives 65536 levels, so the streak is not due to the banding you describe. Its origin is much more interesting.

I analysed one of the images containing a streak and found something quite unusual. In the blue component, where the streak is, the blue value is much LESS than it is in the rest of the image. (This indicates why the streak is yellow. Normally, the background is whitish, so roughly equal proportions of RGB. When the blue is taken away, red & green remain, giving yellow). The streak cannot possibly be light getting into the camera somehow or other, because that would make values bigger. It must be due to the sensor in the camera.

So, I took an exposure of 25 s with the lens cap deliberately on. This gave me a picture of the noise in the camera. And, low and behold, there was the yellow streak, corresponding to a dark band in the blue component. This could be due to one of two things; either the sensors in the streak are less noisy than the others, or they are somehow less sensitive. So I took a picture of a white table in the sunlight (normal exposure so as not to saturate the image) to investigate this. There is no sign of the streak in the white images.

So, the yellow streak is due to several rows of sensors which are less noisy in the blue channel than other sensors. Now what could the physics of that be?

BY THE WAY
If you want to see what the noise on your camera is like, take a long exposure with the lens cap on, then look at the resulting image using Affinity Photo->Adjustment->Levels. This will let you dig down into the noise. 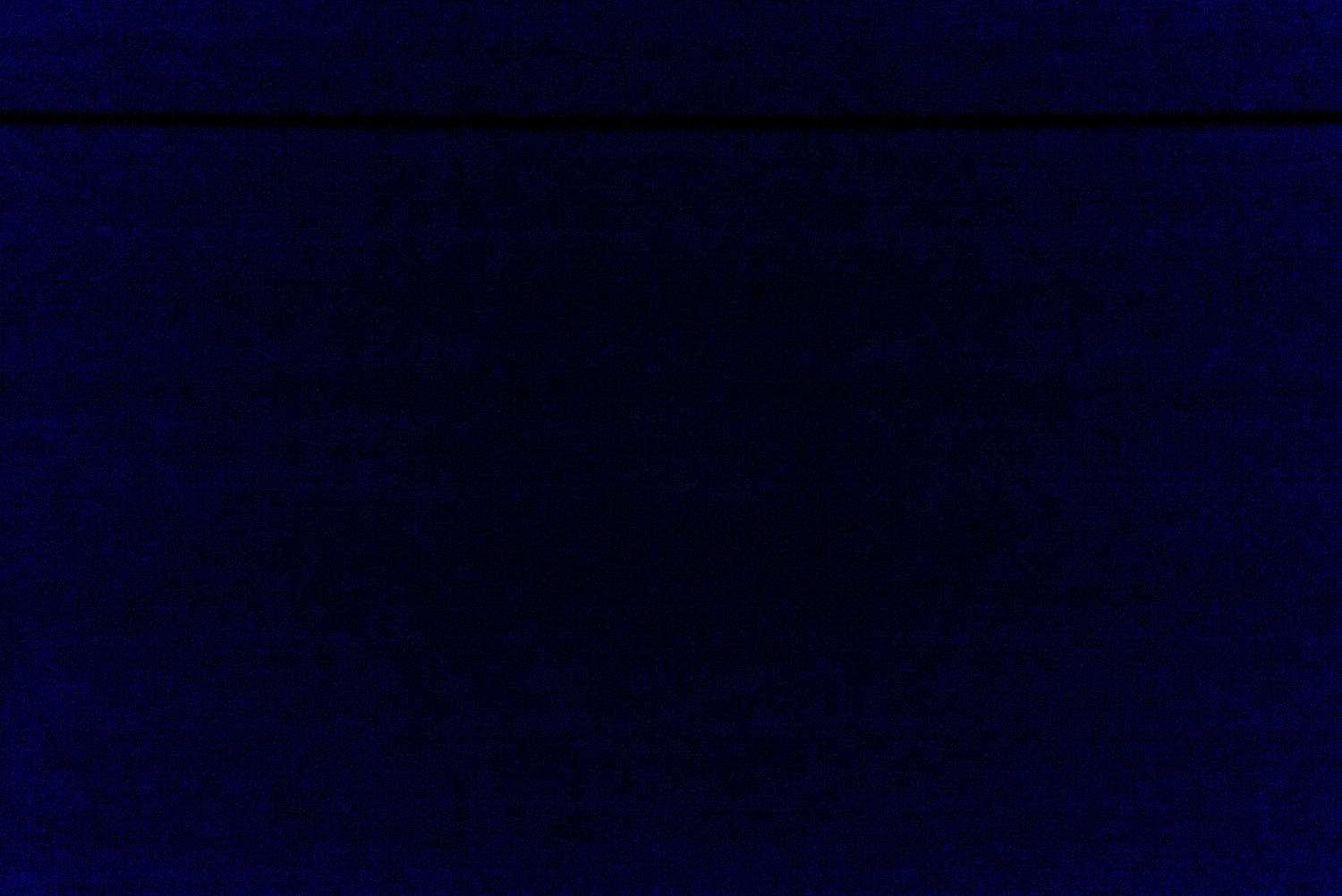 Hi all. I'd been waiting to hear from my man Danny Kench about his astro photography workshop. Unfortunately the first date he gave me was 14th/15th August which straight away I could not do so he's looking to send more dates over to set it up.
What we will all need is an Intervelometer. Apparently they allow you to take 100's of shots without returning to the camera hence making what we want to achieve, star trails, possible. They are readily available on Amazon for around £15.
Again, once I hear more I will post again....until then stay safe everyone.
Top